What is the best bike touring option for you?

So you want to start bike touring. The thought of the open road or trail beckons as you weed through the Internet trying to figure out how you are going to carry all of your stuff. You have several options for bike touring baggage, and it all depends on the type of ride you will be doing, and how comfortable you want to be.

Bike packing utilizes very lightweight gear and a variety of small bike frame, handlebar or lightweight racks and bags. Bike packing is great for two things: hard core rides in rugged terrain and “credit card” tours—tours where you are sleeping in hotels or eating in restaurants.

Your gear and clothing needs to be very lightweight and packable. It doesn’t allow for much room for food other than trail food. The cool thing about bikepacking is that you have the ability to mountain bike quite well—at least easier than with a trailer or panniers. You are light and fast, but have less creature comforts. 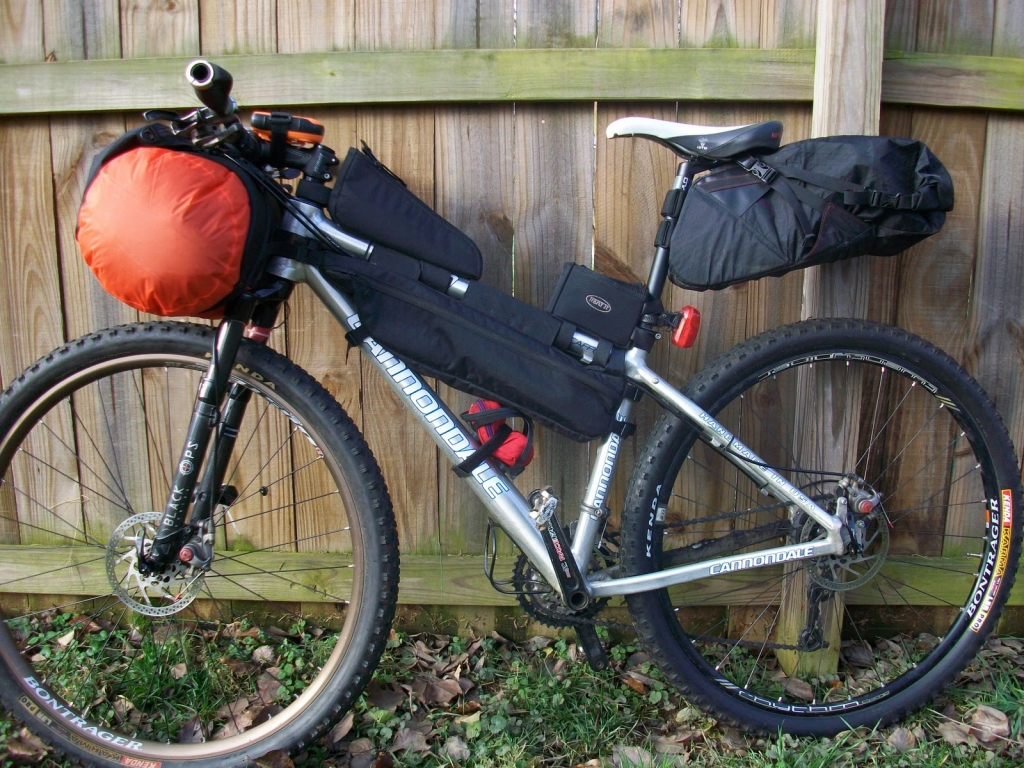 Bike panniers are the most traditional form of touring. Panniers are great for long distance international touring, especially if you are going to be flying, taking trains, ferries, or other transportation. They come off easily and stuff away in overhead compartments and bins and don’t have to be boxed up at all. They are best for road or gravel road touring. The more bumpy or technical the ride, the harder it is to ride with panniers.

For practical daily use, there are some downsides. Riding a bike with heavily loaded with panniers can be quite top-heavy and can also have a ton of wind resistance—both crosswind and headwind. Panniers are also harder to pack than a trailer, as you need to pay attention to weighting everything equally and you only have small compartments so you have to be really organized.

Most bike tourists use both front and back panniers to evenly weight the bike. However, we’ve used a B.O.B. Trailer with front panniers only and that can be a nice set-up with good weight distribution. 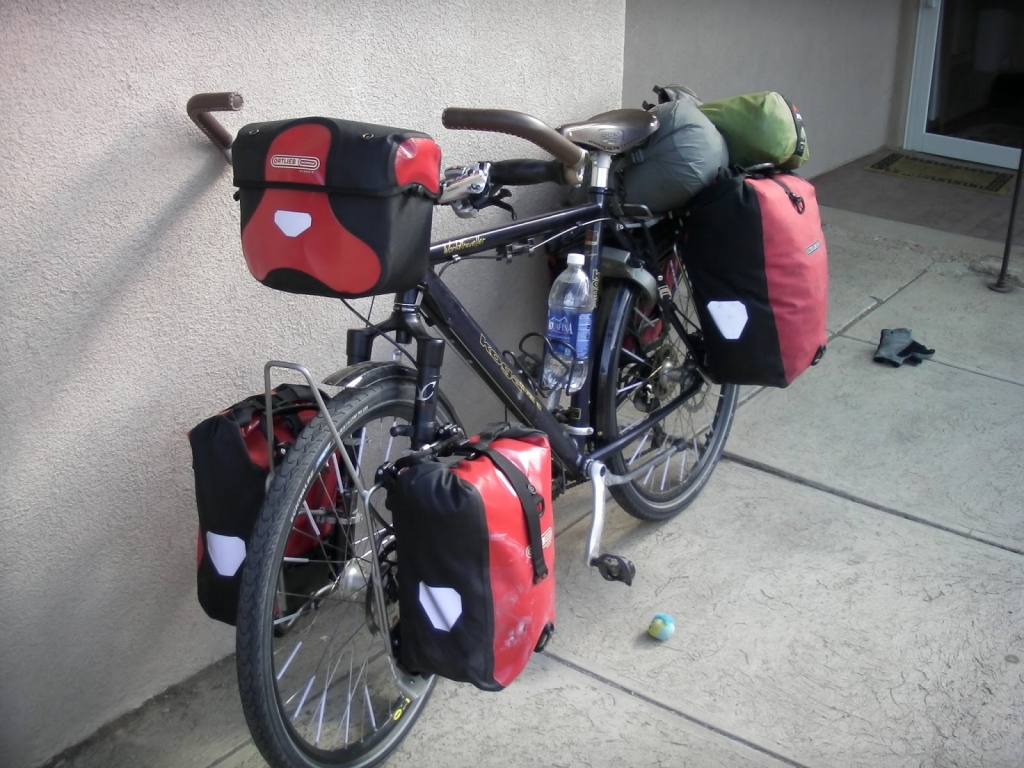 Cargo trailers, such as the B.O.B. Trailer have quite a few benefits and a few downsides. The B.O.B. Trailer attaches to the rear wheel, providing a fairly solid attachment point. We caution against trailers that attach to the seat post as this puts stress on the seat post—a spot you don’t want breaking while you are touring.

B.O.B. Trailers are excellent for gravel and dirt road touring and single track touring. The B.O.B. tracks right behind the bike so it works quite well on single track and it is decent in the wind as well. The B.O.B. is also a dream to pack and unpack, as it is basically one big bag. It also allows for a bigger tent or sleeping bag. The weight also entirely behind you and low, so it doesn’t change the bike handling too much.

The downside to the B.O.B. is that it can be a pain to travel with if you are flying or taking other methods of transportation a lot. Depending on where you are, sometimes the B.O.B. is not an issue as we have strapped bikes and B.O.B.s to the tops of chicken busses and they always survived the ride.

So, what’s the verdict? It depends.

If you are hard core and entering backcountry singletrack, but planning on spending a night or two, go for the bikepacking.

If you are doing a road tour in Europe, go with panniers.

If you are doing a long distance of gravel roads with camping and no or light civilization go for the B.O.B.

Our preference is the B.O.B. Trailer for several reasons. We like to ride dirt roads and singletrack and the trailer works great for each of these. The B.O.B. is so easy to live out of each day. And we just think riding with a B.O.B. Trailer is just plain fun.